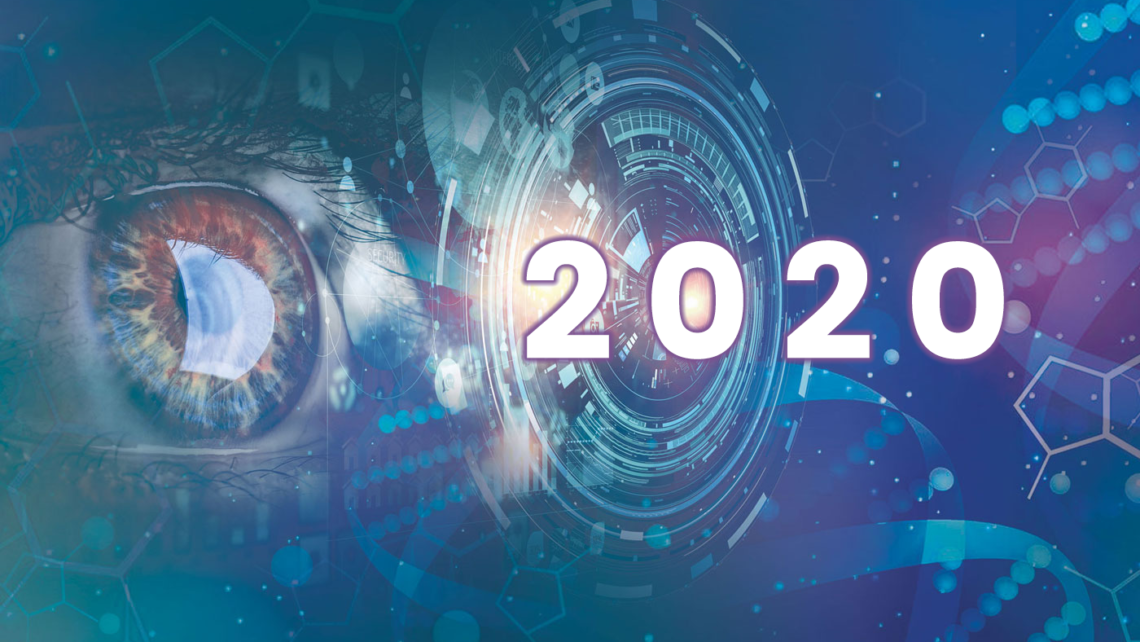 *Plus Ultra is Latin for “Further Beyond”

What began as a paradigm shift in the world of fintech taking place over the past decade has reached global critical mass and is evolving into a generational tectonic shift that in 2020 will begin to impact almost everyone on the planet.

Some are calling it the 4th Industrial Revolution. It is a technological disruption that incorporates IoT and AI and enables the exchange of value and data in a mathematically immutable and trustless environment thereby eliminating middle-men and gatekeepers.

This new technology is the blockchain. Bitcoin is certainly a flagship in this armada of disruptive innovation but recent momentum is being driven by more advanced and more evolved blockchain protocols.

For the past few years pundits have been evangelizing the idea of “widespread adoption” of blockchain technology. Major enterprise and institutional players have been investing heavily in blockchain R&D and a robust global network of infrastructure has been built but far from being widespread, blockchain remains a niche technology.

Why 2020 will be different, how you can benefit, and why one smartphone app will be at the center of the massive shift.

Probably the most striking example of state-sponsored interest in blockchain technology.

In October, President Xi Jinpeng gave a speech saying China needs to “seize the opportunities” presented by blockchain, in what appeared to be one of the first instances of a major world leader backing the tech. Xi said blockchain is an “important breakthrough in independent innovation of core technologies.”

France’s central bank will next year launch a call for projects to develop a digital currency, as concern grows among EU governments over new currencies planned by Facebook and others.

The initiative by the French central bank is the first such by a eurozone central bank, with the ultimate aim to develop a digital euro that would be based on blockchain technology.

On November 29, 2019, the German Parliament passed a bill which amends an existing anti-money laundering directive to allow German banks to both sell and store cryptocurrencies. The new law will take effect January 1, 2020, though certain requirements must first be met through the country’s financial regulator.

Germany has also shown strong support for security tokens as well. This new form of raising capital leverages the benefits of blockchain technology — as seen in the popular Initial Coin Offering (ICO) — while declaring itself a securities offering. As such an offering, it is therefore subject to the stringent laws and regulations that come with fundraising.

According to Forklog, members of the Verkhovna Rada — Ukraine’s legislative arm, have adopted a new bill that incorporates international AML best practices into the country’s crypto regulatory framework.

As part of the newly adopted legislation, cryptos are now classified as property in Ukraine. Thus, virtual currency owners can use their digital holdings as a medium of exchange allowing room for legalized trading, payments, investments, and transfers.

According to a January 2019 report by the Bank for International Settlements (BIS) in Basel, Switzerland, at least 40 central banks around the world are currently, or soon will be, researching and experimenting with central bank digital currency (CBDC).

CBDC, a commonly proposed application of blockchain and distributed ledger technology (DLT), has attracted much interest within the central banking community for its potential to address long-standing challenges such as financial inclusion, payments efficiency, and payment system operational and cyber resilience. Including but not limited to CBDC, central banks are researching and experimenting with at least 10 specific use cases for blockchain and DLT, exploring where they can potentially unlock new possibilities and improve inefficient processes.

The Transformation of Capital Markets by way of Digital Securities

On the institutional side of STO issuances, there was significant build-out of back-office functionality and overseas infrastructure. July saw the launch of 1X, a first-of-its-kind security token exchange based and regulated in Singapore.

It has a third party custodian solution (a significant issue for STOs), with ERC technology provided by ConsenSys. August saw the second issuance of a $33.8M Bond-i by the World Bank, this time with the Commonwealth Bank of Australia as the issuer and TD Securities and RBC Capital acting as managers.

Such notable financial industry interest is a strong signal going into 2020 and ultimately for the larger future for STO technology beyond Regulation D private placements.

At the forefront of the digital securities revolution is fintech innovator Thomas Carter. Carter has 25+ years experience in capital markets and is CEO and founder of DealBox, a groundbreaking digital securities issuance and investment platform that is disrupting venture capital.

DealBox gives issuers and investors a savvy approach to being first-in-line to the digital securities opportunity.

Thomas on the Evolution of Capital Markets:

“At the end of the ICO craze in 2018 what was apparent was that raising capital with digital tokens was efficient and viable. What also became apparent was that regulatory oversight was badly needed. What we are seeing now is that the regulatory framework is evolved and the infrastructure is in place. For those who can see the perfect storm of indicators going into 2020, it’s game on.”

More writing on the Wall

Binance CEO Changpeng Zhao boldly claims that cryptocurrency will reach more users than the internet in a matter of years.

Current estimates suggest that 58 percent of the global population have access to the internet. That’s a total of 4.4 billion people with China, India, and the United States leading the pack.

While exact cryptocurrency metrics are difficult to come by, recent estimates put global crypto usage at 139 million people. That’s a seven-fold increase in the two years since 2017, which puts crypto adoption on a rapid growth curve.

Here’s where things get really interesting from an investor’s perspective. 2020 is indeed shaping up to be the tipping-point towards widespread adoption of blockchain/cryptocurrency.

From a global macro level the stage is set. One final problem needs to be solved – usability.

Market research shows that newcomers to the world of blockchain/cryptocurrency are intimidated by the technology.

Highly technical concepts such as addresses and public-private key encryption are not inherently intuitive and equate to a cumbersome cognitive load for most crypto-curious consumers.

Note, that addresses and public-private key encryption are in fact core conceptual requirements for using cryptocurrency in any capacity and as such comprise the onboarding gateway for the billions of new users forecasted to enter the market.

New users getting stuck at the front door on basic concepts is a huge problem for adoption. How do we solve that problem?

Focusing in on simplicity and usability for a digital wallet designed for new cryptocurrency users seems to be a logical solution to the usability barrier to widespread adoption. 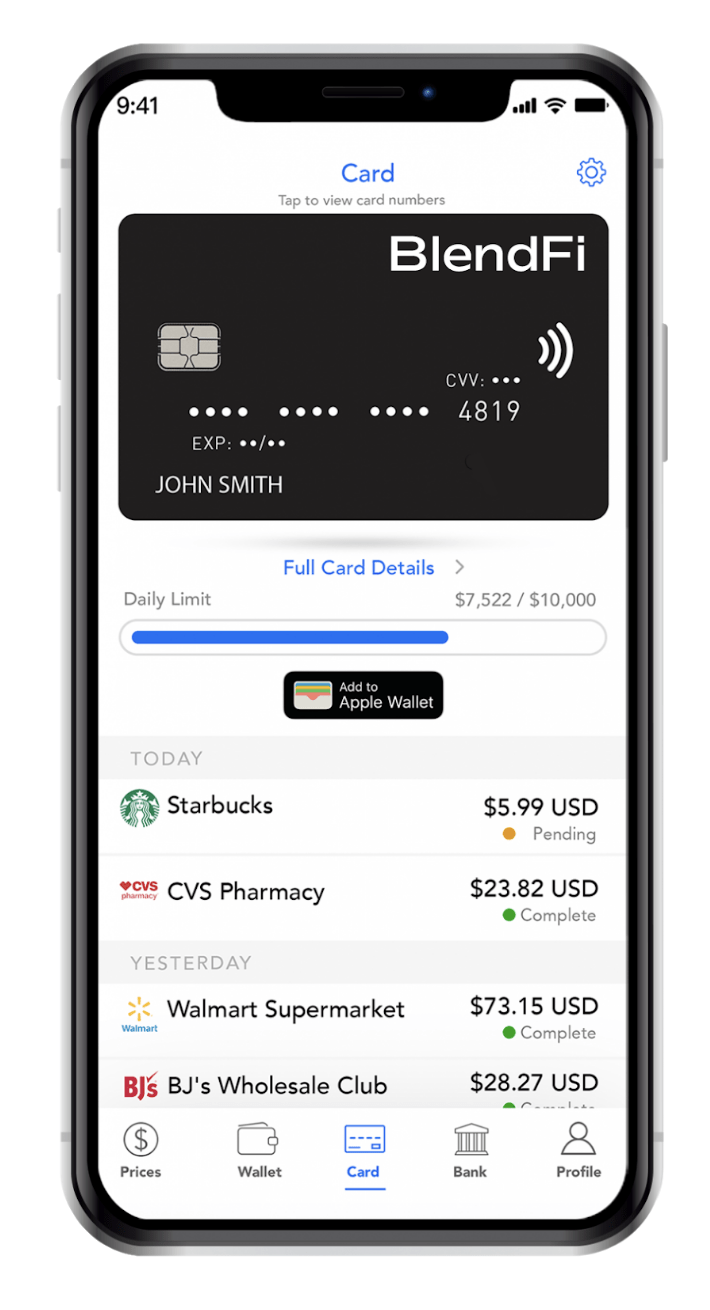 DealBox issuers involved in the project include:

BlendFi and TNS are the vanguard of a larger marketing campaign dubbed, “Make Crypto Easy” and is the brainchild of former Nike brand director Jerome Conlon and digital securities pioneer/CEO of DealBox Thomas Carter

Core features of the soon to be released BlendFi wallet that make it the world’s most user-friendly digital wallet:

BlendFi removes the hassle of manual private key management with an innovative multi-factor ID authentication platform provided by KNWN technologies. KNWN uses patent-pending AI-powered, IoT communication and biometric facial recognition, along with an optional unique PIN code to deliver three-factor authentication at unmatched speed and accuracy to support users during onboarding and everyday use of the wallet including wallet recovery in the event of a lost or stolen phone.

The integration of TNS’s Digital Names protocol provides BlendFi wallet users the ability to use a simple to remember, human-readable name in place of the standard long alphanumeric string of characters needed to send and receive cryptocurrency.

The BlendFi wallet includes full-scale digital banking that allows for easy conversion between a number of fiat currencies and the top 16 cryptocurrencies.

BlendFi wallet users will get access to free blockchain/cryptocurrency educational materials tailored to the non-technical.

“As true believers in the founding ethos of blockchain technology and proponents of the world changing technology it offers we recognize the immediate need for removing the usability barriers to widespread adoption and leading that effort with a better, easier-to-use wallet just makes sense. Digital Names and BlendFi are natural complements to each other and I’m excited about the compounding of value over time that these two innovative companies will create for the market”

For more information on BlendFi, TNS and The Make Crypto Easy campaign please visit the following: