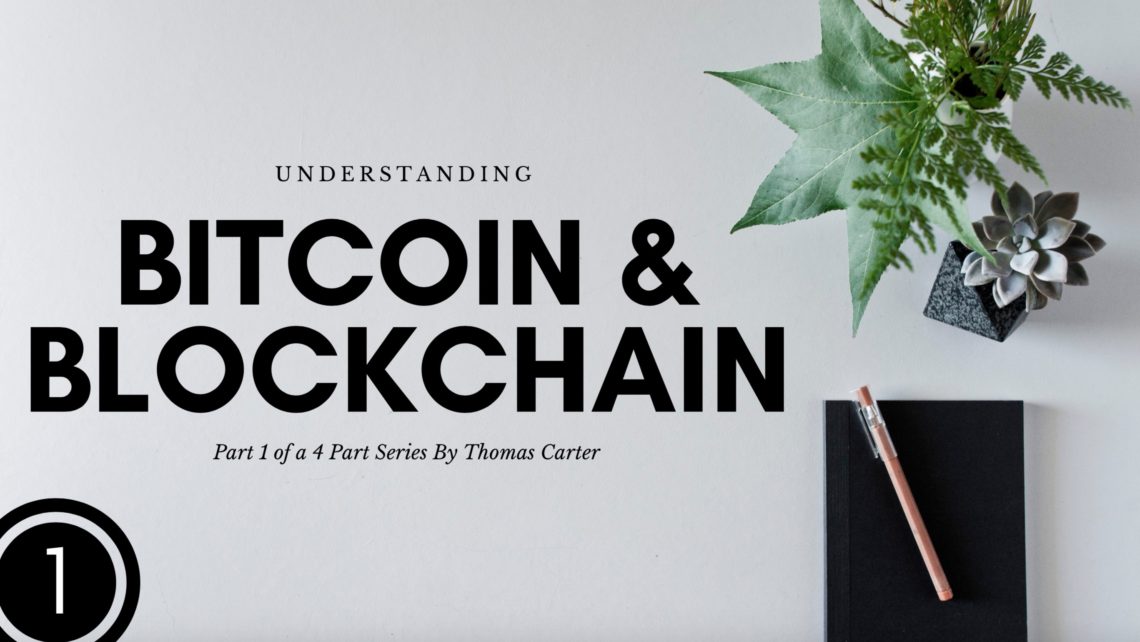 It is commonly held that money as we know it was invented in the 12th century. By way of a simple explanation of what Bitcoin is and how the Blockchain works we are going to invent a brand new form of money right now.

By inventing a new form of money what we are really doing is simply building a system for people to exchange value between one another. The system will work if people agree to use it. No different than any other form of money throughout history.

Given that it’s 2017 we probably won’t start with paper or metal for our new money. Mainstream currencies these days are mostly transacted digitally so let’s start there.

Let’s say that you do some kind of work for me and I need to pay you $3.00. Except instead of calling it $3.00 let’s now call it 3 Bitcoins. This is our new money system so we no longer use dollars right?

Before I can transfer the 3 Bitcoin that I owe you in our digital ledger we both need some kind of unique identifier in the ledger.

We will call this a Bitcoin wallet and it will have a unique address made from a long alphanumeric string of characters that looks like this: 1A1zP1eP5QGefi2DMPTfTL5SLmv7DivfNa

So far we have digital ledger that contains “wallets” with unique addresses which represent the value held by each person who owns a wallet in our new money system.

This digital ledger we will call the Blockchain. The blockchain is a record of all the transactions ever made on it since it was first created.

Now we need to set up some rules so that people can’t cheat with our new money system. For instance I can’t send you the 3 Bitcoin I owe you without deducting that from my 10 Bitcoin balance. You can’t simply add 500k Bitcoin to your address and so on.

The way we will enforce the rules of our system is by distributing our digital ledger across tens of thousands of computers around the world. Anytime someone wants to create a transaction everyone who has a copy of our ledger will be able to verify that it is a valid transaction and not some kind of cheating.

Why would tens of thousands of people want to go through the trouble of having a copy of our ledger and use a portion of their computing power to verify the transactions on it including their own? Because by doing so they will get paid Bitcoin. These people in our system are called “miners”.

So, to send you the 3 Bitcoin I owe you, you simply give me your wallet address. I then use my digital wallet to send the 3 Bitcoin from my account which leaves me with 7 Bitcoin and send it to your wallet which will then have 8 Bitcoin.

That transaction will not take place until all the miner computers on our blockchain each check their copies of the ledger and compute a mathematical equation which proves that they did in fact verify the transaction.

And there you have it.